Welcome to
The Crawdaddy Page

A site spawned from a mixture of boredom and enthusiasm,
and is exactly as old as it looks.

I publish any updates to the site and what's on my mind, if it's there. Read below.

From 2000 until about 2004, I progressively improved the aesthetics and functionality of this website. Since then, it has stayed reasonably stagnant. This was because I thought the website was exactly what it needed to be, and the only thing left to do was to add content as needed. And why wouldn't it be perfect? I coded it by hand (as I am doing now as well) giving it that unique, customized look and feel that we all knew and loved. And what other personal websites did I have to compare it to? maddox.xmission.com? That site got tens of thousands of views every day for years and it was about as basic and ugly a site can be.

Fast forward 15 years. The internet has changed drastically. Maddox is lucky to get a hundred hits a day whether he updates or not. MySpace, Facebook, and Instagram all did their part to ruin peoples' lives, and the internet as collateral damage. Twitter is trying to destroy the actual world, but that's another story. Website design has come a very long way as its moved far, far away from the hobbyists and on to individualized commercial enterprises.

Enter CSS and HTML5. Two web design elements that the cynic in me believes are built to keep you reliant on software and "experts" to make your website. There's so much that you can do that there's no way a person can remember everything, while the old basic markup language that this page was, and all other pages on this site currently written in, has been condemned as obsolete. The optimist sees it simply for what it is, very powerful code that requires significantly more brainpower to master.

So what is made different by overhauling this page to one that embraces CSS and W3C compliance? The gradient background is no longer an image created with software, installed as the background, and set to vertical repeat. Now, it is drawn by your browser and I can easily modify it by changing a line of code. It will even adjust accordingly as you resize your browser. If it looks choppy and terrible, it's probably because you're using Firefox, like me. Images that are links will reach up from the page to grab your cursor, and check out that shadow effect as they're lifted wwwhhhhhaaaaaaaa... The most obvious change is what you see this text living in; a "div" with simple rounded corner CSS properties. There's also a plethora of text shadow in use as I try to make the text easy on the eyes. 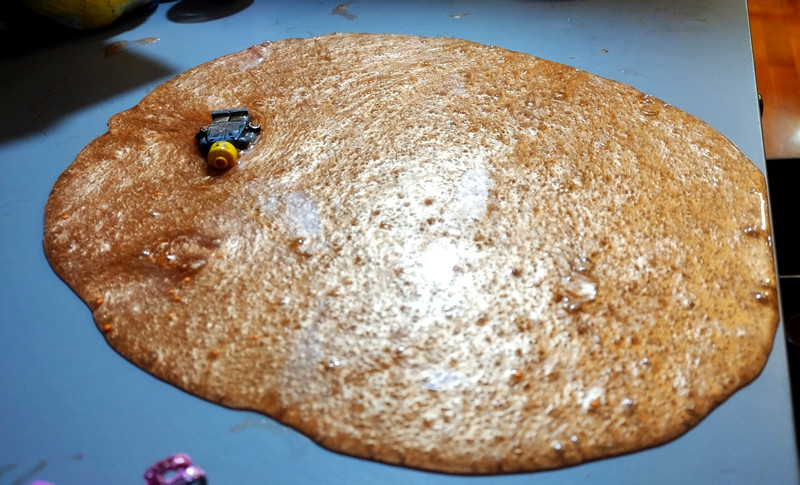 The above was more of a test than anything, but I think I'll keep it.

So now that I've "updated" the main page to modern standards and added my own spin to its looks, I am aware I should do the same for all of the subsites on here. I know that the visitor activity level will remain near-nothing despite the changes, but at least I'll have something a little bit less embarrassing-looking for someone to stumble on. I still need to update my navigation menu, first making it flexible so it can go vertical on mobile phones, and then I need to make better looking buttons to replace the existing ones. Tending to this hidden garden is a lot of work, but at least it won't overgrow if I forget about it.

Whoo, buddy. Breaking up with this site's previous host (Powweb) was far from bittersweet. I figured out way too late that their current business model is built entirely of fleecing all the customers they pulled in during their earlier, driven years when they actually tried to compete. Moving from one host to another is not easy, so they leverage that against their existing customers as they jack up prices every few years. In my case, this site was already too expensive at $334.80 for two years, but this time they added $67 to make it a NOT cool $401.76.

So, I put on my big boy pants, found a new host, migrated the site and the domain name over, and had a nice little chat with Powweb's staff who were all to happy to give a $20, then $40 discount. After several No Thank Yous, they gave me a link to the page that lets me disable the auto-renew. Even after this was done, they were still offering a "best price just for being a long time customer" which was exactly what I paid two years ago, but once I told them I'd already migrated to another host, that was the end of that. I was with them for 19 years! Can you believe it??!!!

The new host is HostWinds. A nice, calm, easy going host that has a responsive staff and is $106/year. Domain name renewal/privacy through them is also significantly cheaper than Powweb (yes, this is an extra cost at $22.50/year - but with Powweb it was upwards of $40) (to be fair, you can go anywhere to buy a domain name; you don't need to go through your host). Also, check out that https you can do now! Yes, The Crawdaddy Page has upgraded to 2017 standards and can be accessed via an SSL connection, something that Powweb wanted another $50/year for, but is free with Hostwinds.

Updates to site: Removed dead links at bottom of this page, removed Powweb counter that was http only, forcing browsers to warn that the connection was not secure, and updated the History page with a brief summary of the above. Thanks for staying a loyal reader to this site. I do it all for you!

If you are reading this, that means that the transfer to a new host was successful.

My host wants to charge me $400 to renew this site for the next two years. Somehow, doesn't seem worth it, so I don't think that's going to happen. I have about three weeks to make a decision; just let the site quietly disappear, or find a new host at a lower cost. If it's the latter, there may be some downtime. If it's the former,

A blog site created by my cousin Stacey. Updated much more frequently than I update my site (UPDATE: Not really anymore, since I started Photography Phaturday, and... well... she stopped updating. UPDATE 2: And so did I HAHAHAHAHAHAHA). Usually humorous, she talks politics, food, babies, bowel habits, whatever you can think of! It's all there, so be sure to check it out. She originally with her husband tried to create a site at her ISP's provided webspace, but that didn't work out so she and her husband branched out into a world of blog sites... and her husband gave up on the whole thing, leaving her with the responsibility of letting the world know what's up with chocolate cheesecake.

Click here to see the old main page in all its glory.

Pay no attention to this counter. I am not spying on you. Really.