The company consisted of three platoons, Headquarters (which was 3/4 TacSat), Tropo, and TacSat. I was in TacSat, and as a platoon we made a noticable effort to avoid the other companies in the battalion/brigade, as well as the Tropo platoon.. Because we are a lot smarter than the them. Because we are 31S.

Once again, I apologize to Mr. Allison for not uploading pictures he sent me well over three months ago.

For those of you that don't know.. 514th Signal Company was a high, high, high speed ultra airborne company. This means we jumped out of planes. The people that were in our company that weren't airborne qualified we put on "Chute detail" which really meant that we would try to drop our kevlar helmets (ballistic helmets) on them from the sky while they gathered up the previous jumpers' parachutes. Here are a few pictures of some of us with balls enough to jump out of a not-so-perfectly-good-airplane.

Once again, this concludes this update. This may be the last one unless somebody sends me some more pictures... And hopefully I wont be so distracted or lazy when that happens again.

If enough of you 514th guys show up, I'll make a special section just for us. Because I love you guys.

Well, I apologize to all who sent me pictures, for taking so long to put them up. For some reason I've been especially lazy over the last few weeks. It's been three months since the first set came in from Sears (for some reason he scanned them at about a million DPI and they were extremely high resolution, especially for a disposable camera type quality picture.. It filled up my 10 Meg mailbox with five pictures). I have a few more from Giggleman, and one from SGT (SSG?) Gray.

I have decided to include names in with this set. If you don't want your name posted, let me know. 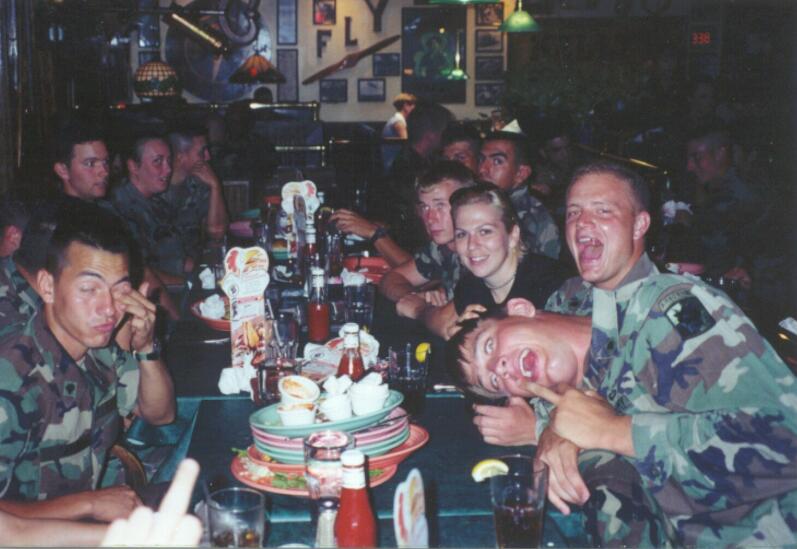 Here we see a bunch of older members having lunch at what appears to be Ruby Tuesdays. What a bunch of great guys these are... Starting from the left (and moving clockwise) I recognize SPC Sloan, SGT Pavey, SPC Freeman (and wife), and SPC Quarrels. The rest I have no idea who they are... Picture contributed by Sears. 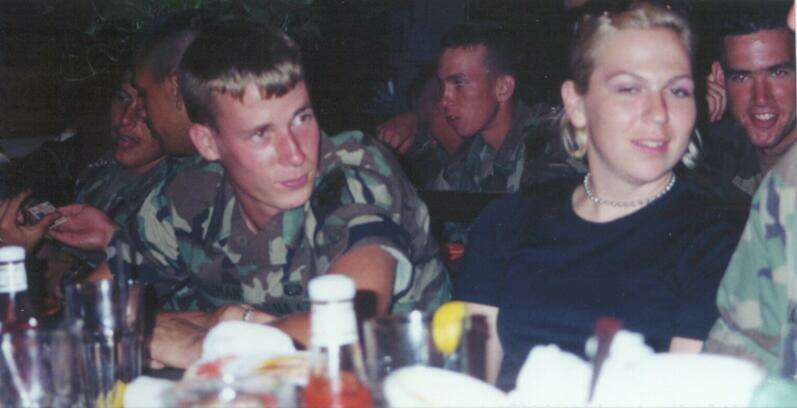 Another picture taken at Ruby Tuesday's. There's Freeman and (ex)wife again, and in the background is SPC Fernandez, Good Martin, and SPC Kaufman. Also contributed by Sears 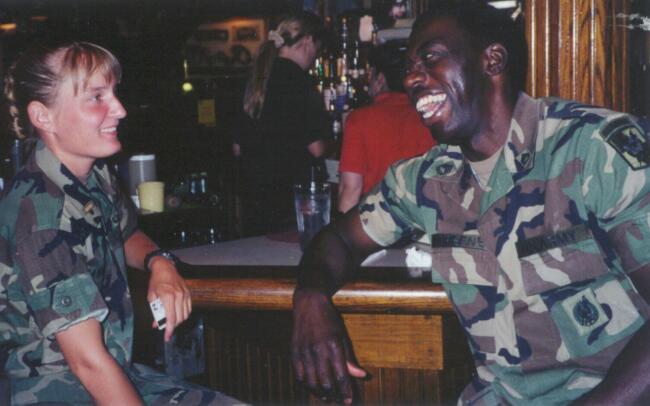 Well, kiddies... This looks like it for this update. Look below to see something you may have missed before. Many thanks goes to Sears, Giggleman, Martin, and SSG Gray for contributing the above pictures. Good luck if you are directly involved in the War on TerrorismTM, and we hope you arrive back safely.

I have ALREADY departed 514th... Almost a year ago! I don't exactly miss it either... I get $1000 a month in BAH, I live in my own apartment.. I cook my own food (what a concept!). I wear civilian clothes to work. I get to travel to many, many places, getting TDY pay the whole time. My last settlement was almost $600, for spending two weeks in Wyoming.. I get treated like an adult, basically. Anyway, I recently obtained some new pictures, and here they are...

Good afternoon everybody. I (oh so regretfully) am leaving 514th Tropo company to go work at another unit. Considering the nature of my future unit I will miss 514th every minute of every aguishing hour of every dreadful day.

So these are some pictures of everybody that was there about the time I left. Not everybody is here (Especially Demo....freaking always in the field...bastard. Hopefully I can get a pic of him today or tomorrow before he leaves for the field again). There will soon be thumbnail links to all pictures...opening in a new window even.


I am trying to do something funky with these new pics, hoping to conserve webspace and effort :P. If they look small, try maximizing your browser. If they still are too small, you should be able to click on it, and it will open in a new window, and you wont have to wait for the new pic to load... 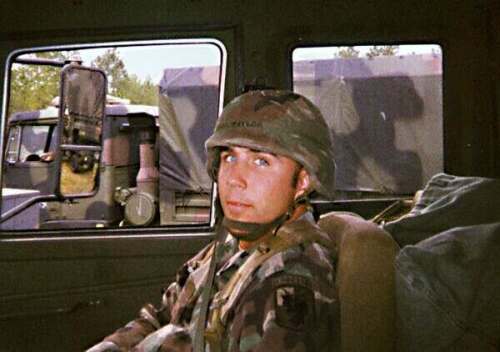 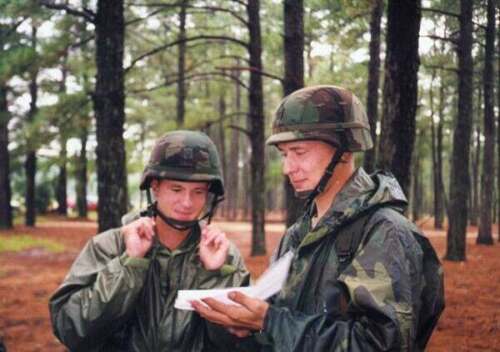 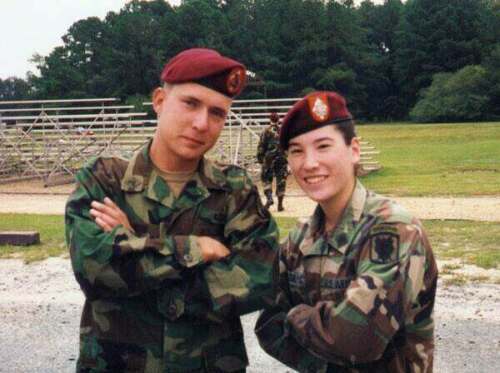 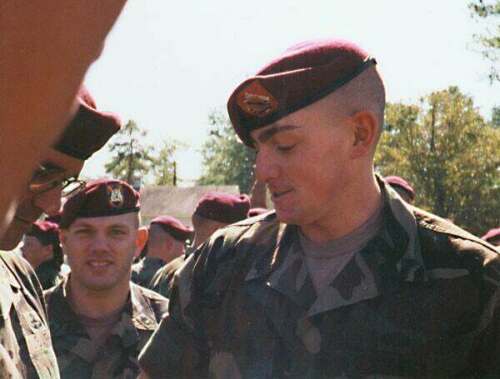 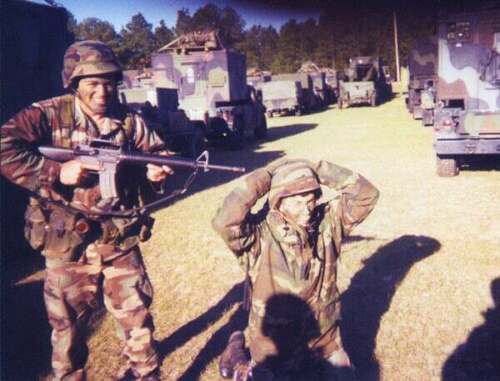 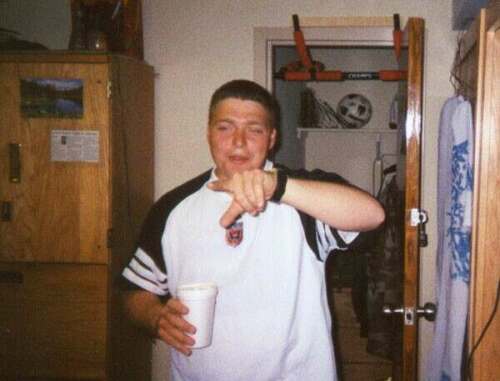 Well, that's the end of the new pics.. Thank you Lewsgirl for sending them to me!
Until next time kiddies...